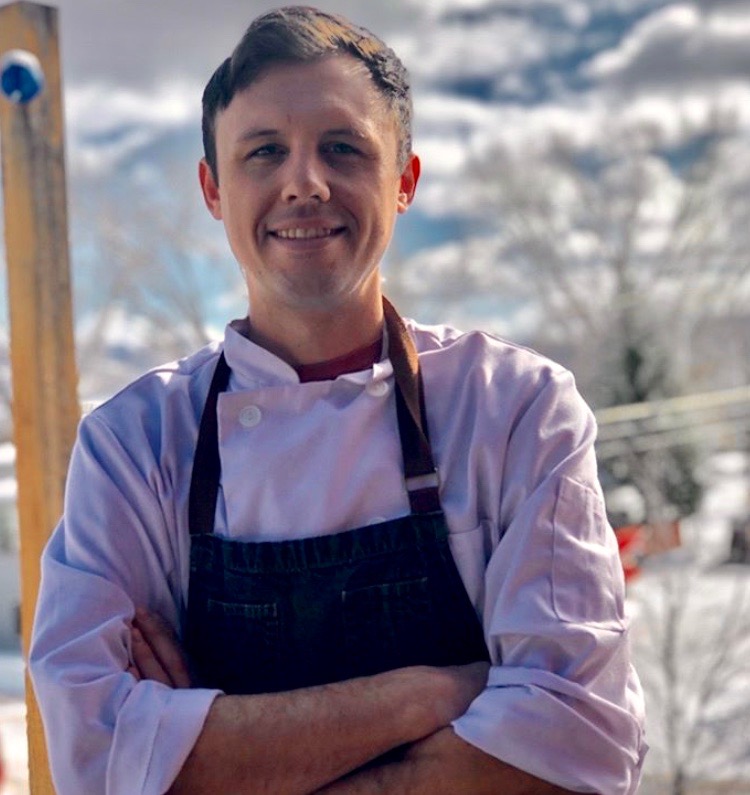 Aspen, CO based chef goes from 0 to 1.7 million followers in just under 8 months. NEW YORK, NEW YORK, UNITED STATES, July 30, 2020 /EINPresswire.com/ —
While the future of TikTok is all the rage in the lofty corridors of Capitol Hill, the rest of America is watching TikTok chef Sonny Hurrell (TikTok: @thatdudecancook) catch fire on the hottest platform in the world. Hurrell, 32 was born in the UK and immigrated to the USA when he was a child. Learning how to cook from his mother, Sonny fell in love with the beauty and artistry of prepping, preparing and delivering a world-class meal flawlessly. The early part of 2020 was very much like 2019 for Hurrell. He was being hired by millionaires and billionaires, celebrities and famous athletes to create magic on a plate. When Covid-19 hit the United States and the country went into lockdown, Hurrell was caught like so many other Americans by complete surprise. Hurrell took to TikTok to try and stay fresh in the kitchen and share his style of cooking on the platform that few knew as a location for great food creators. Hurrell saw an opportunity, “I wasn’t a social media guy. It didn’t really appeal to me. The chef side of me was very against sharing what I created on social media. But it was fun to make TikToks. The other platforms were ok, but I was hooked. I learned how to edit, create interesting content and build a community of like-minded food junkies. While I am an experienced chef, I like making recipes anyone can make special. Cooking should be fun”. Evan Morgenstein, CEO of The Food Renegades1 (the largest group of chefs/cooks on social media with over 8 million followers, which Hurrell is a member) sees a bright future for the chef, “I have been in and around the celebrity chef business my entire life. When I saw Sonny for the first time I knew he was the guy I wanted to start the company with. Sonny’s boyish charm and good looks are coupled with the unique ability to have both women and men think he is amazing. His culinary acumen is unbeatable and he is the one of the nicest guys you will ever meet”. Companies such as Smithfield Food Inc., Hello Fresh, Kroger, Dole, BlendJet and Thrive Market have utilized Hurrell in wildly successful campaigns in 2020. Hurrell has also been contracted by various companies to execute virtual cooking events. Sonny is about to take off, Morgenstein said, “We have several inquires on my desk for Sonny to host shows on the hottest TV and streaming services. Additionally, it looks like Sonny is going to have a cookbook in 2021. We are just sifting through offers. He also just launched his merchandise line including aprons, hoodies, hats and shirts to name a few with his famed “Lets Go” logo on them. Check it out here3 . With multiple exciting ventures on the horizon, and one of his TikToks hitting an incredible 11 million likes this past week, Sonny’s career truly is the definition of “going viral”.
To contact Sonny for brand deals/campaigns, corporate or virtual events, media and other requests, contact Evan Morgenstein, CEO of The Food Renegades evan@celebexperts.com or on Linkedin: https://www.linkedin.com/in/evanmorgenstein/ Visit Sonny’s bio at https://thedigitalrenegades.com/that-dude-can-cook2 . Evan Morgenstein The Digital Renegades +1 919-332-058
LikeUnlikeLike
Previous post Army vet, mother and social media star signs on as a Food Renegade
Next post How to Get Started as a Micro Influencer with Evan Morgenstein