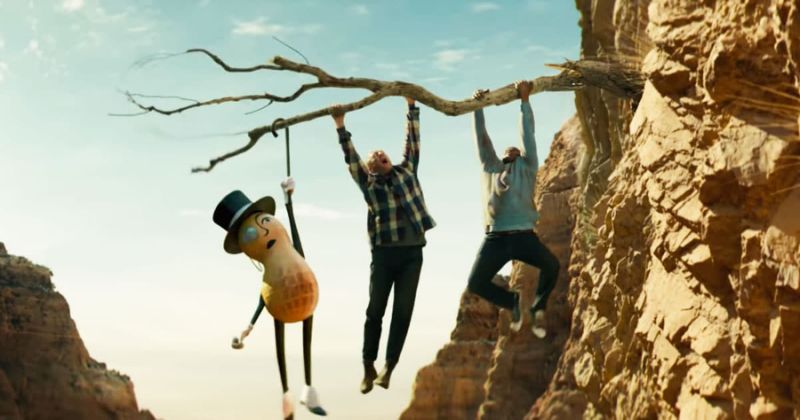 As yet another Super Bowl approaches, we take a look at some of the biggest game of the year’s most memorable campaigns, and what’s in store for this year

In order to develop a successful and effective marketing campaign and partnership focused on a celebrity, the timing, identity, relevance and appeal must all coalesce. The Super Bowl is the most prevalent time of year in which we can see this dynamic in play, both successfully and forgettably.

There are countless examples of past campaigns that have successfully utilized the talents, charisma, and star power of celebrity partnerships. McDonalds’ Michael Jordan and Larry Bird horse showdown for a Big Mac, Betty White’s Snickers Ad, or one of the first celebrity collaborations in the Super Bowl, Joe Namath and Farrah Fawcett for Noxzema, were all memorable campaigns. By analyzing what has worked in the past along with how entertainment and fan engagement has changed in recent years, we can see how well the celebrity ad campaigns fared in this past year’s Super Bowl and the lasting impact they will have on the brands. By looking at what has worked, we can predict what will deliver the greatest impact in this years big game between the Kansas City Chiefs and the San Francisco 49ers.

The key to choosing a celebrity to pair with your brand, is to evaluate multiple attributes such as a significant social media presence, which is increasingly crucial in today’s social landscape, personal brand and identity, as well as credibility and fan connection. If the celebrity’s personal brand does not coincide with that of the company, the discourse can create an ineffective result. The overall vision of the company is what must truly be portrayed during an ad campaign and the celebrity’s job is merely to enhance and reinforce that concept. We all love to see our favorite celebrities on TV and their brand speaks for itself. Connecting their brand and that of a company is the objective. Looking at some examples from last year’s Big Game, we can see how this was shown.

One of the most successful ad campaigns last year was Planters “Nutmobile” Commercial. The brand notably included two celebrities. Both Charlie Sheen and Alex Rodriguez appeared in the edgy fast and furious commercial in which peanuts never looked so cool. This year, Planters has followed up with perhaps their most ambitious campaign yet. They killed their mascot. Yes, Mr. Peanut fell from a cliff to his doom in the latest commercial for Planters, released in January. The commercial set twitter ablaze with the confusing turn for the popular brand, and a follow up has been promised for Super Bowl Sunday. With so many commercials being released before the Super Bowl to create anticipation for the main campaigns debuting during the game, Planters is looking to create that buzz and capitalize on the momentum through February.

Another popular commercial during last years Super Bowl, was Pepsi’s ad featuring Cardi B, Steve Carell and Lil’ Jon. That campaign was so successful, it prompted Pepsi to release a follow up campaign this past Holiday season featuring the rap and pop-star. As the most recent face of the brand that is almost guaranteed to be having a Super Bowl commercial this coming Sunday, she will almost surely be featured again.

There is a plethora of other campaigns already in the works, set to reach crescendo into the big game. Fox Sports released a hilarious commercial weeks before the game, prompting fans to take off the most unproductive workday of the year; the day after the Super Bowl. The commercial features a cameo from The Office fan favorite Toby Flenderson, who characteristically, tries to curb his coworkers enthusiasm, to no avail. MC Hammer, Bill Nye and Lil Nas X are all set to appear on the big screen this Sunday, as well as countless favorite brands and Super Bowl Regulars including Avocados from Mexico, Budweiser, Doritos and more.

When it comes to these celebrity campaigns, it is truly hit or miss. As the prices of prime real estate during the epic broadcast skyrockets, each year, brands must become more and more strategic in their efforts to capture the attention and money of the fans. However if a brand can utilize the star power of a celebrity in a way that showcases the brand to a new audience, creates a wow factor, or reaffirms the brand’s message, then the return they will enjoy from the voracious consumers watching the biggest event of the year will pay tenfold.

By analyzing the analytics and consumer reactions to successful commercials of current and past years, we can see how important it is to create a campaign with the company’s objectives in mind, and the clever use of a celebrity who encompasses what the brand is about, what the viewers want to see, and what the viewers will be talking about on social media both during the game, and long after the Super Bowl party is over.

LikeUnlikeLike
Previous post Tips and Tricks for Game day with Celebrity Chefs
Next post Social Media Influencers Are Your Next Great Generation Of Entrepreneurs!