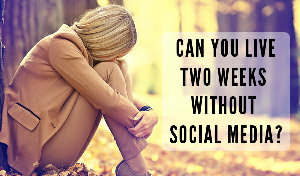 Yep, I said it. And in fact it is true! Without social media, how would we find out stranger’s deepest, darkest secrets? Who they are dating? What they did or wore on a date in explicit details, now with video and pictures.

The voyeur in all of us reads, watches and looks at “content” not necessarily intended for us but now it isn’t excluding us either. We can download great text break ups or amazing exploits of newly in love co-workers. The intent of social media is really to have an intimate conversation in whatever format or manner with yourself to start, but then to each users “fan base” and that group of people will presumably share with their “fan base” and as the old Clairol commercial goes, “and so on and so on and so on…”

I find it interesting when we have a corporate client who we are consulting on celebrity engagement, who includes their PR firm in the mix. The PR firm usually wants to make sure the client secures a Celebrity with a sizable social media following. Understandable on the surface but has anyone researched who the Celebrity’s social media audience is?

I had a Sr. VP of Marketing (not a client, just a passive conversation) tell me he thought Pamela Anderson was a good fit for his food brand. I asked why did he think so? His response was telling: “She is recognizable, in the middle of my demo’s age grouping and has a large social media following. My PR firm believes this is crucial”. Um, OK…

So Mr. Sr. VP of Marketing, can you share with me, of Ms. Anderson’s 1,040,000 followers on Twitter, how many are women/moms and how many are 50+ year old men that still have the “Farrah Fawcett” posed poster of her in their garage? Companies such as @Datasift can assist in determining who the actual audience is.

Ultimately, social media is a tool that is a must in a Celebrity campaign. No question about it. But the sophistication of how we use social media and what is it actually saying to us vs. using it for its aggregate potential is paramount!

If your company, brand or service is considering utilizing a celebrity for its next campaign, contact me so we can discuss. evan@celebexperts.com