What We Learned About Celebrity Marketing at CES 2015 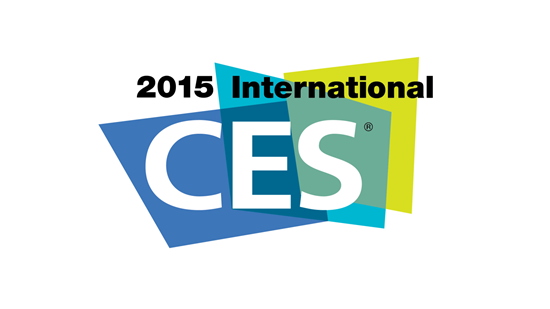 What We Learned About Celebrity Marketing at CES 2015

The 2015 Consumer Electronics Show was a small glimpse into the strategies of celebrity marketing for companies in 2015. Hard to believe another Consumer Electronics Show has come and gone. So much hype; So much flash! The lessons of this year’s show are as diverse and complex as the global economy itself.

Where do we start?

• The Big Get Bigger! If you are Apple, Samsung, LG, Sony and the other behemoths of the electronics world you still continue to dominate your respective categories like the old Roman emperors! Based on the size of booths, the number of minions running around and the amount of money being spent on meet and greets/grin and grips, the big boys are rolling in the cash!

• Don’t mess with Beats By Dr. Dre! Not unless you want a corporate beat down. Apple’s acquisition, while lambasted by the tech media as waving the white flag in the Steve Jobless Apple arsenal of new products, the truth is, it was genius. Apple now owns a dominant product in a segment of the market that continues to grow.

• Beware who you share your trade secrets with! The truth is that CES and most trade shows are the best place for your competition to learn about your current product offerings and what is in the pipeline. Corporate espionage at CES is rampant. That man in the nice suit, with the soft smile is about to rob you blind so be sure to lock the cabinets on the way out the door. You never know who is in your booth when you are having drinks at the Palamino!

• Enjoy your discussion with Best Buy, it might be your last! To say that Best Buy may close its doors is an understatement. The business conditions and current consumer appetite for gaining technology information from a well trained Best Buy salesperson only to go home and buy the product on Amazon is real and underlines a fatal flaw in the company’s future plans. You cannot stop this trend. Unless you perform lie detector tests at the front door, your best laid plans will be for naught because the consumer has no brand loyalty to retailers, just to their wallet! So enjoy the Blue and Yellow for as long as you can because sometime in the near future that retail location will have a Michaels or an Old Navy in it!

• Celebrity Marketing Appearances Were Way Down! Even though Shaq, Nick Cannon and Dr. Phil graced the show floors of this year’s CES, it seemed like there was an all-time low in celebrity marketing engagement. I am not sure why this is the case but I would suspect that most companies didn’t see the investment on the sales side warranting the spend. Celebrity marketing campaigns often work best with product launches but can you be heard screaming in a forest of a million trees?

• Wearable Technology companies will suffer the same fate as dinosaurs during the big freeze. Unfortunately, more than half of the wearable technology companies showing at CES will not be at next year’s show. The volume of products essentially doing the same thing competing with the FitBits and IFits of the world who are funded and on air with TV commercials and retail distribution sucks the life out of the lungs of most start-ups. The companies that have really amazing innovation will survive or be acquired, but for most, it’s falling into the La Brea Tar Pits of small and emerging companies!

Overall, this year’s show showed some life coming out of the horrible economy since 2007, it was impressive with the amount of solid packaging and branding that was being created. It is always great to see other sides of this industry not just product development and sales boom. The amount of schlock on the shelves these days with digital printing will probably be the lowest it has ever been! If you follow this industry, you should be enthused by a lot of what you saw and a lot of what is coming. Hi-def TVs and an interaction with the web from your favorite couch is just the beginning!